Chairs of the Friends of Princeton University Library Keepsake

Randy Hill served as Chair of the Friends with laughter, tact, and distinction from 2015-2021, and so Anne Jarvis and Bruce Leslie felt it fitting to create a keepsake for him, suitably wrapped in tradition and local association, listing the Chairs of the Friends of Princeton University Library. It is a distinguished list of bibliophiles, several of whom have made landmark contributions not only to the Friends, but also to the holdings of Princeton University Library.

Ron Brown was mainly responsible for gathering the names and dates of the Chairs. The work was designed and produced by David Sellers, of Pied Oxen Printers, in Hopewell NJ.  David is a master printer, well known to Special Collections and to faculty and students at Princeton who often employ him in their classes.  Special Collections is the proud owner of nine works by Pied Oxen, including “Unapproved Road” by Paul Muldoon, with intaglio prints by Diarmuid Delargy, which David made in 2002.

Earlier in the year, the Student Friends had an outing to David’s studio in Hopewell for a masterclass in printing. The students were able to pull a flyer themselves using an 1848 Hopkinson & Cope “Albion” hand-press on that visit. 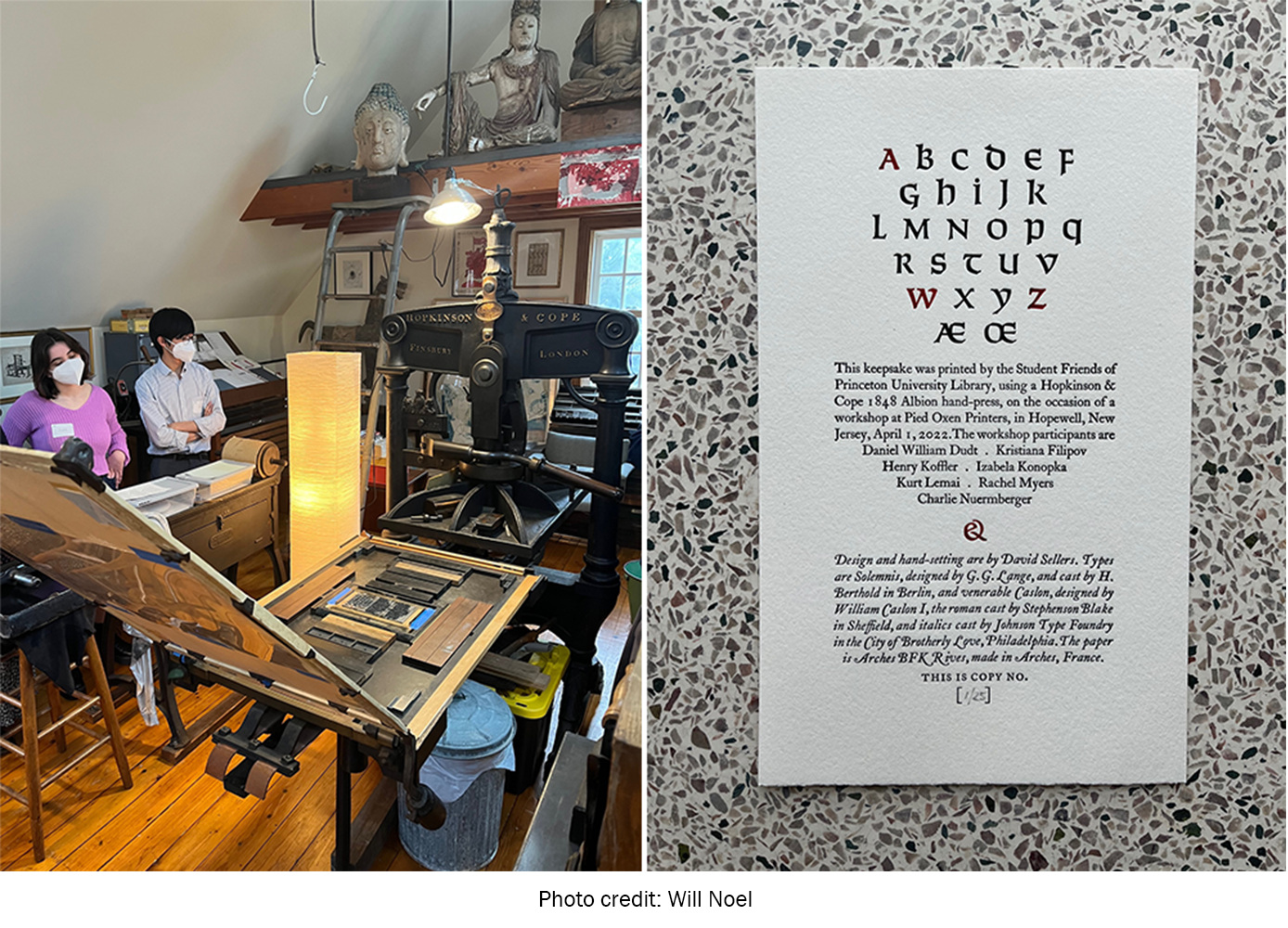 The keepsake for Randy was altogether more elaborate and printed on a Vandercook Universal I proof-press, as is stated in the colophon. Conceived as a broadside, the Chairs are surrounded by impressions of type from Bill Scheide’s copy of the Gutenberg Bible, and enfolded in a slip impressed with a design taken from a page of his Mainz Psalter. 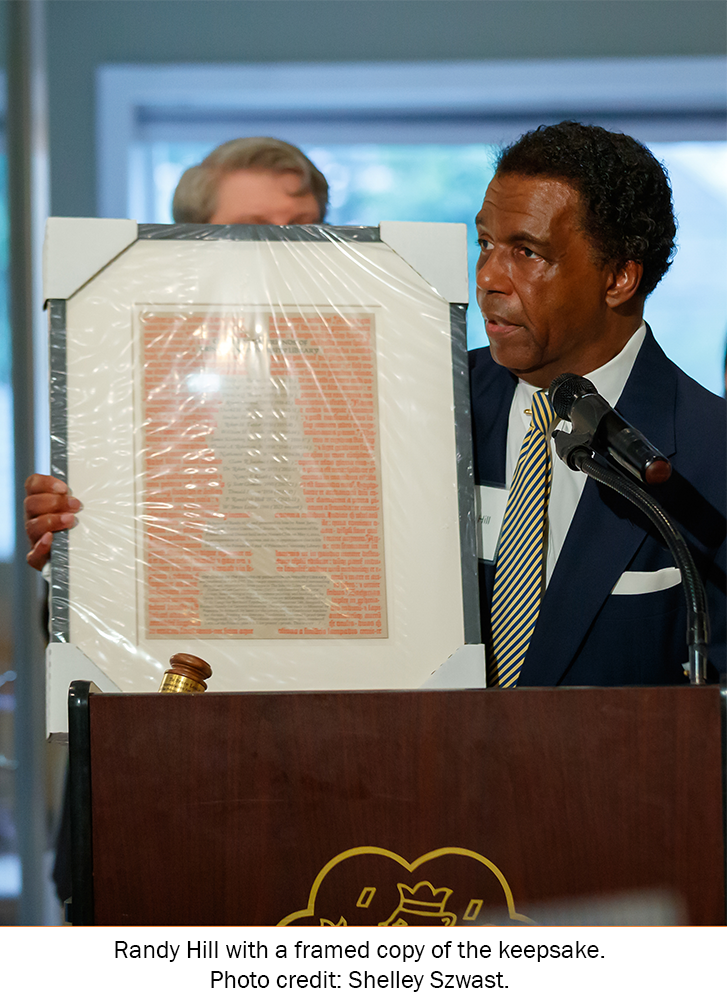 We hope you enjoy your copy.